I never intended to buy another Mac. Over the past couple of months I’d been researching the Lenovo X1 Carbon and Matebook Pro X but decided for the sake of easily running OS X if required, it would be less hassle to just buy a MacBook. 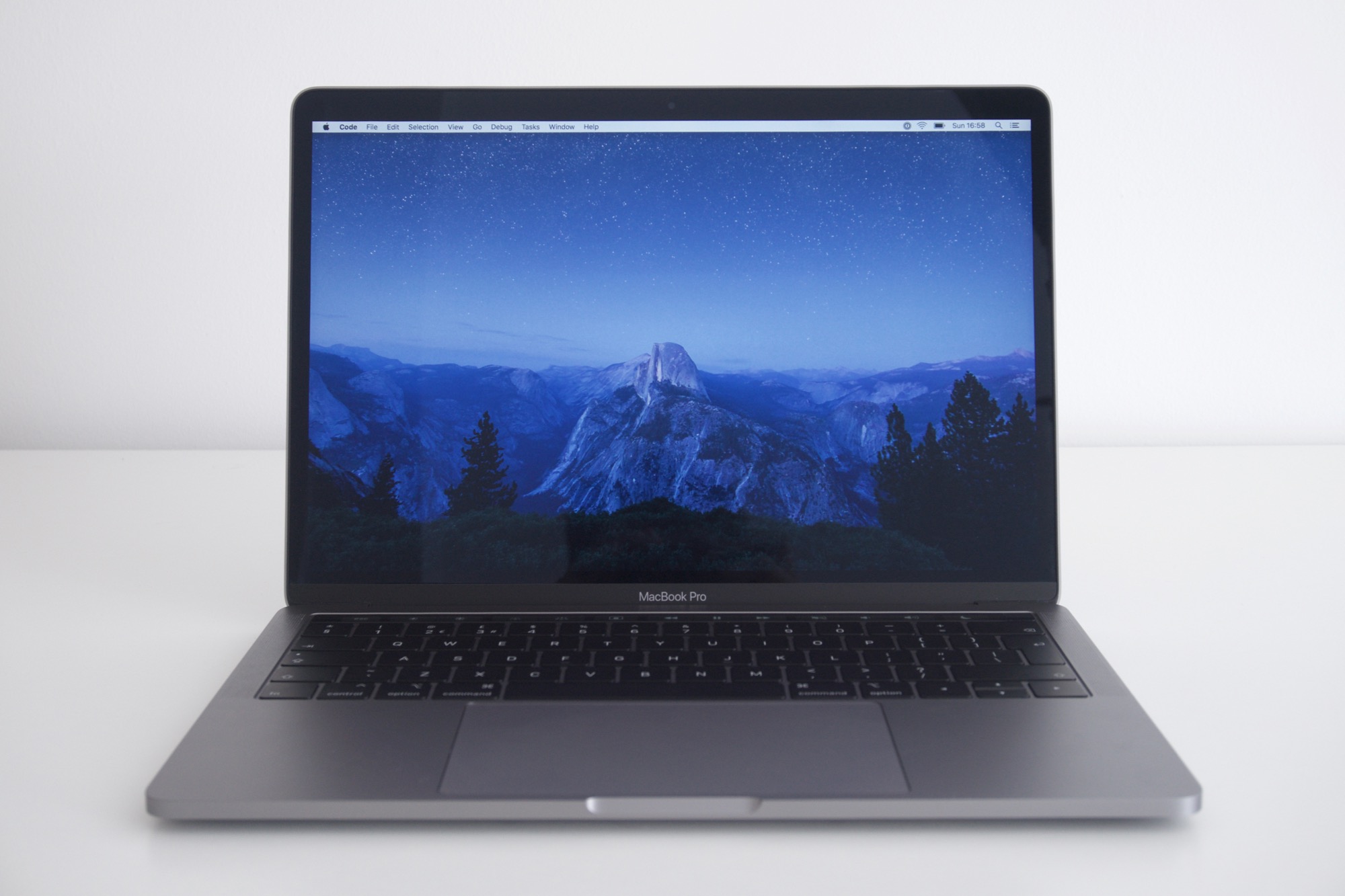 Coming from a 2011 MacBook Air I had been using since I was an undergrad, I don’t take buying new devices lightly, especially when they cost £1749. Then again, I’m also Scottish, so you do the maths.

Being closer to a typical consumer than device reviewer the opinions and experiences noted here will more closely align with someone who is in the market for a new device after holding on to their daily driver for a number of years.

After Figma, Sketch and Xcode became unbearably slow on my MacBook Air, the time had come for a new device. After initially buying the 2018 15” MacBook Pro, I returned it after two weeks due to issues with battery life along with general unhappiness with the size and weight. I’m unsure if it was faulty but I was only getting 4 hours of battery life with distinctly average usage. Instead I swapped it for the 13” MacBook Pro. I won’t miss the discrete Radeon Pro 555X or the additional 2 cores as my primary software consists of terminals, text editors and UI design applications such as Figma and Sketch, the latter two being more demanding programs. As of yet, I have noticed no difference between the 13” and 15” models.

I am receiving around 6-7 hours of substantial multi-application use out of the battery before the power level drops to the nerve-racking 5% stage and I have to plug it back in. Typical applications I run include Safari, Firefox, Visual Studio Code, Terminal, XCode, Figma, Sketch, Davinci Resolve and Spotify. I’ve had no performance issues at all and as you would expect, it handles running multiple 1080p monitors without issue.

Coming from a 7-year-old device the performance is astonishing. Building small Hugo sites that took only a second on my MacBook Air are instantaneous on the MacBook Pro. I’ve also noticed Node build times on complex projects are noticeably reduced dropping from 1 minute to 6 seconds.

Xcode performance increases aren’t even comparible but on rather complex projects the build time is only 5-10 seconds from a cold start.

When using Blender withe more complex models that included particle generators, the panning and scrolling isn’t as smooth as the 15” MacBook, but passable. I wouldn’t wish to work in Blender on this machine day-to-day and would advise buying a device with more power.

Sound performance is adequate and an improvement over the MacBook Air’s sub-keyboard sound system. Separate side chassis vents emit audio which will satisfy you if you’re wanting to watch videos and listen to music while working but can’t see myself wanting to watch feature-length movies on it.

I like it. Hold up. I see you inching toward the close button but hear me out. I was first to hop on the butterfly bashing band-wagon as soon as Apple released the new keyboard mechanisms (after trying them out on a number of devices) and swore to myself I would never own a laptop with it. 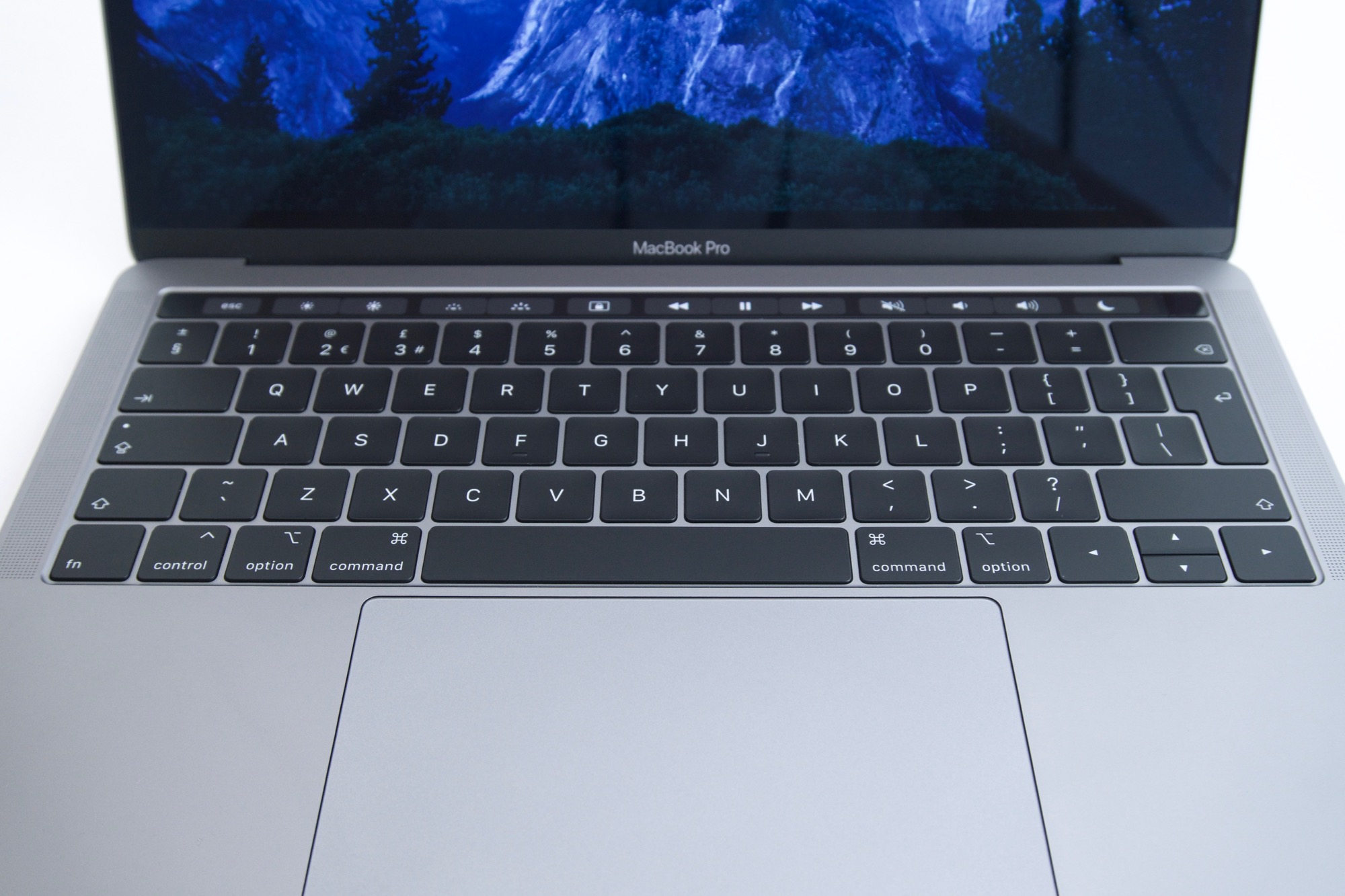 Then I tried the 2018 models with the silicon backing and believe it makes a noticeable difference. As a PC user and avid gamer since the early 90’s I believed I enjoyed the long travel distance of typical keyboards. But as I was switching between my PC and MacBook the other day, I realised how much extra effort I had to exert in order to type on my PC keyboard. I know many will disagree but I’m starting to enjoy the effortless gliding across my keyboard without my fingertips having to descend to the depths on every keystroke. If you’re a Hacker News, Model M keyboard lover then your experience may well be polar to my views here. Assuming a lower fault rate, for the average consumer this keyboard will be perfectly ample.

I do however think there’s still room for improvement. If I’m working late in the bedroom and the other half is trying to sleep, the keys are still irritating enough to interrupt her sleep which isn’t an issue I had with the MacBook Air’s keyboard.

Build quality feels on par with the 2011 MacBook Air and I have no problem in imagining this device enduring another 6-8 years with a battery replacement along the way with the assumption the keyboard has a lower fault rate than the 2017 release.

The lack of USB-B ports doesn’t bother me and USB-C only isn’t something I mind but the omission of MagSafe is a tragedy. It has saved my device on a number of prior occaisions and speeds up plugging in the charger.

USB-C devices, particularly the charger, are extremely difficult to unplug. Compared to MagSafe where a simple flick was sufficient to detach it, I know have to carefully ensure I have a firm grip my other hand on the laptop and pull out the cable straight to avoid scratching the chassis due to the very tight tolerances.

Although the battery life is sufficient, I would prefer a thicker device with a little more juice. Typically I will be near a charger for day-to-day work but on the occasions this isn’t possible, an extra hour or two would be a godsend. This particular 58.0Wh battery does seem better than the 49.2Wh in my other half’s 2017 MacBook Pro base model.

The lack of escape key can be frustrating for many, I’m sure. Particularly developers and designers. In Figma and Sketch when deselecting objects, typically one would press Esc, but it’s quite simply annoying on Touch Bar laptops. I’ve yet to have success with muscle memory finding the key without a number of passes at it. 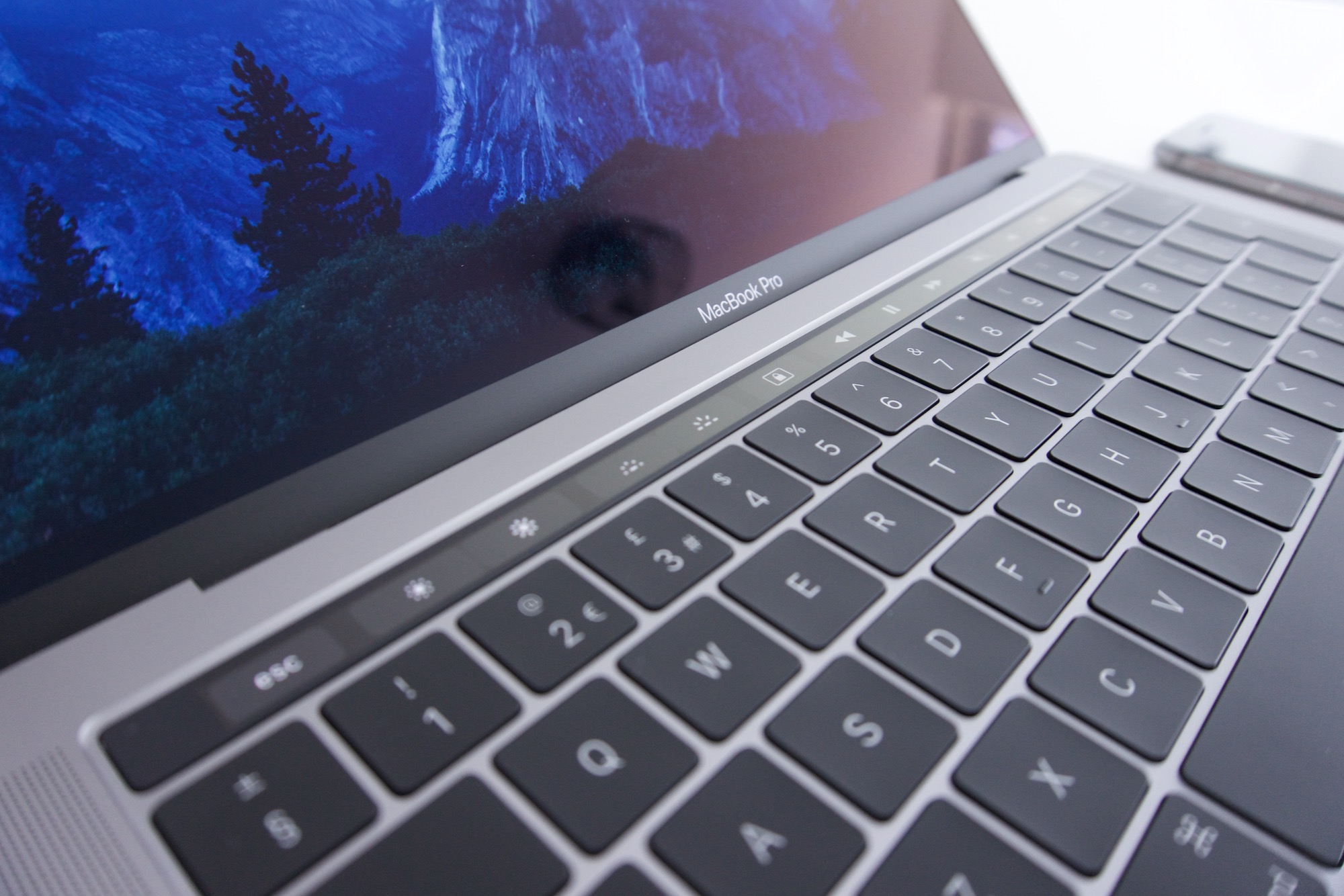 Otherwise, I’ve not found the Touch Bar and control strip particularly painful to adjust to, but I have on numerous occasions unintentionally activated controls. I don’t use the default control strip configuration but instead maintain a distinct set of functionality at all times with function keys displayed in combination with the Fn key.

One of my biggest annoyances is the USB-C power cable not sitting flush with the chassis. It’s something I couldn’t be happy with if I were designing it. When you have a company like Apple that outspokenly holds great design as a core tenet of what they do, small things like this seem sloppy. In the grand scheme of things, 99% of consumer wont care or notice, but it does erode the confidence I have in Apple to ensure the quality of their products match their price. 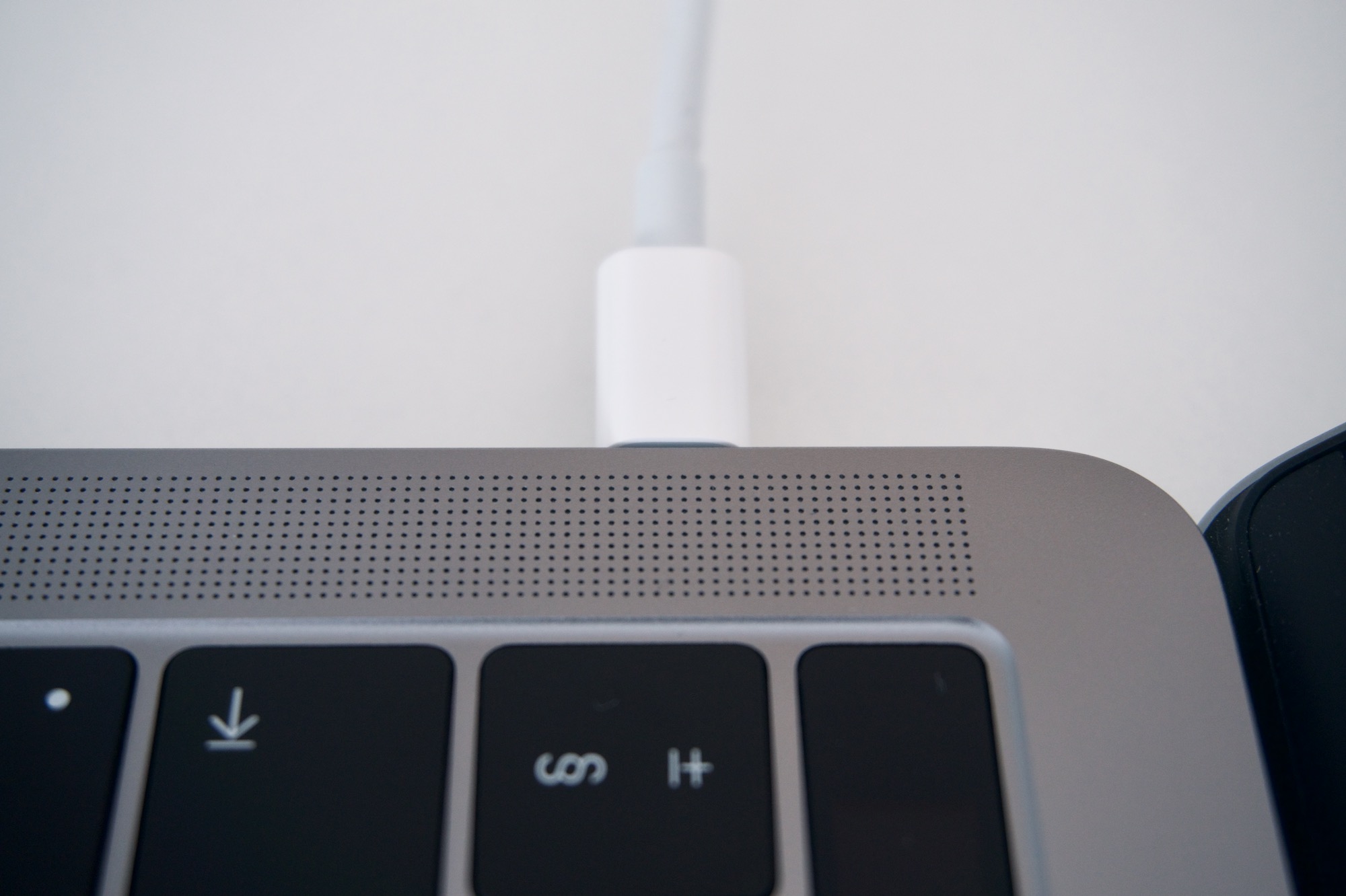 I don’t live the dongle life as I don’t plug devices into my machine any more than once every six months. Occaisionally I’ll require a camera or a flash drive so a single adapter in a drawer is as much as I have to endure.

The lateral vents exhibit an uncomfortable sharpness to which makes carrying the device rather unpleasant if you’re unlucky enough to grate your fingertips across them. 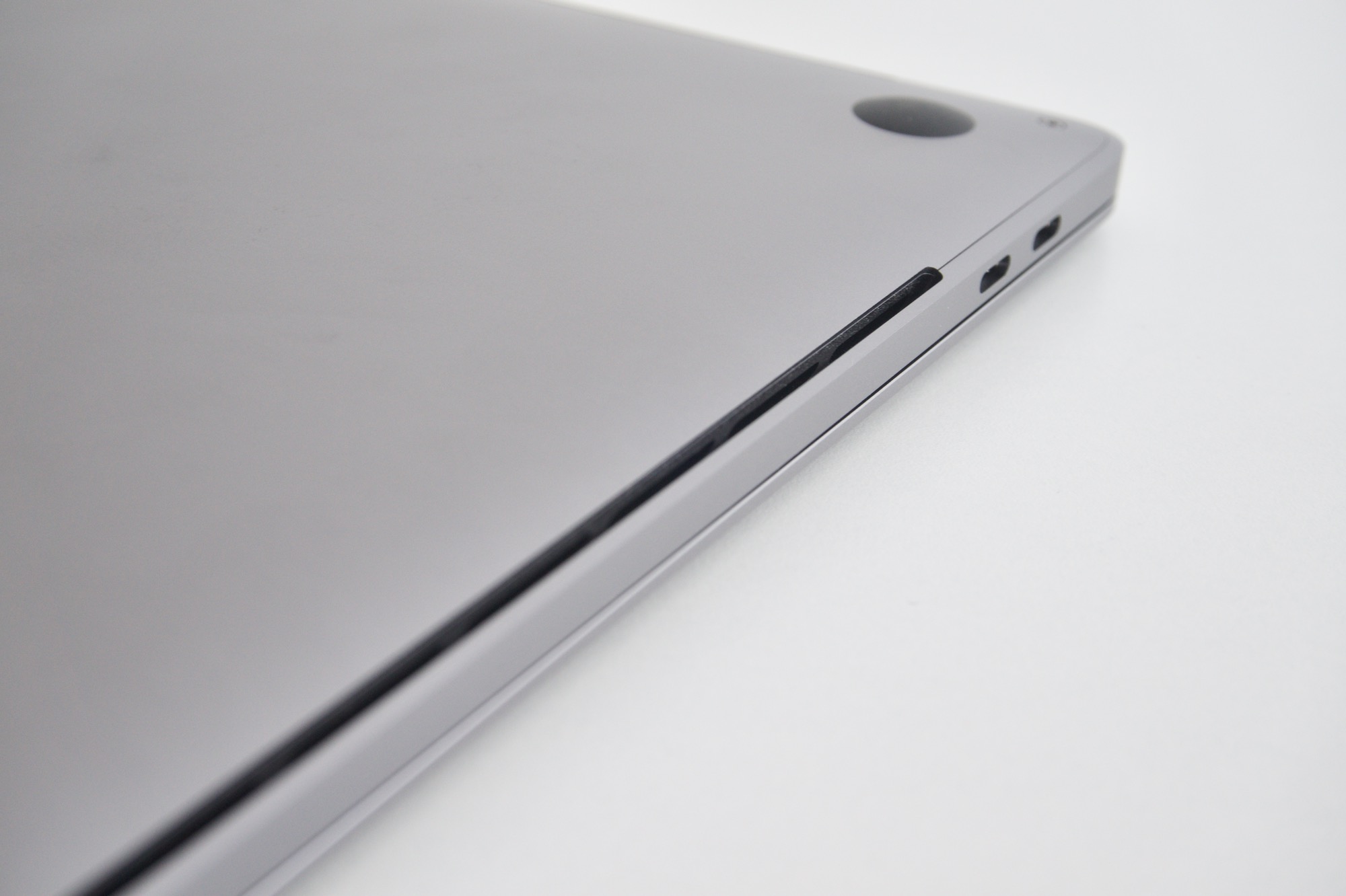 Since Apple ditched the backlit logo some years ago, MacBooks have never looked as enticing from afar. That glow had always been tremendously elegant in my eyes and the new Apple looks like an addition Huawei or HP would add to make a device look “professional”.

I also don’t beliebe there’s a need for 2 colours of MacBook, other than false choice for a consumer. The space grey and silver are so similar in colour it’s redundant to have both, and space grey just looks better (especially in the flesh).

Finally, the power adapter plug is comically large. Not as monstrous as the 15” MacBook charger, but still. I understand the reasoning behind the size differential between the MacBook Air and MacBook Pro chargers but still feel disappointed they couldn’t have reduced the overall size to something more comparible with the Air.

Truthfully, a laptop requires more than a few weeks of use for a proper evaluation but assuming no faults appear, this review will remain intact.

If you want a machine with enough power for development, multimedia editing and browsing, I think you’ll be very safe with this device. There’s likely enough power for some light to moderate gaming on mid-range settings but I wouldn’t be comfortable recommending it for anything more.

The 2018 13” MacBook is nice build bundled a few annoyances for the eagled eyed amongst you but nothing that will prevent it from being a machine with longevity. I hope.